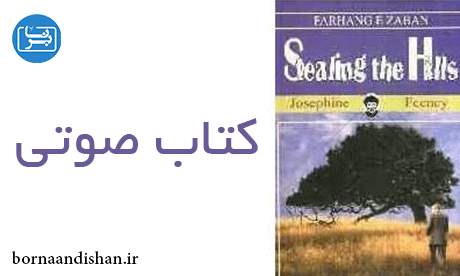 Josephine Feeney is a children’s author. She writes novels, short stories and plays. Her work has been published by Harper Collins, Penguin and Puffin. Her work has been translated into Italian, German and Korean. One of her plays, ‘Dear Tractor’, was broadcast on BBC radio and she received Arts Council funding for a performance of her play, McAlpine’s Fusilier, a stage adaptation of her novel Truth, Lies and Homework.

Josephine was born in Leicester in 1956. Her parents were from the West of Ireland and she was the fifth child of eight. Josephine has always written, but assumed nobody would be interested in stories about working class, second-generation Irish people until she discovered a set of books at the back of a classroom cupboard. One Small Boy, by Bill Naughton, was an autobiographical novel about a boy who moved from Aughamore, County Mayo, to Greater Manchester. The novel made Josephine reconsider her own childhood and the many stories in her head. Years later, Josephine discovered that Naughton came from the same town as her father. She started writing and trying out her stories in the school classrooms where she worked.

After a period of living in Essex, she moved back to Leicester and started to write full time. She now lives close to the centre of Leicester with her husband and two teenage children.

I read proudly and confidently:

‘My grandad went to prison during the war. Before you start thinking he was a thief or a murderer, he wasn’t. It was something completely different.

In 1939, when he was eighteen, he came to live in England. He didn’t want to, he had to because he couldn’t get a job in Ireland. Still, he looked on it as an adventure. He wanted to earn enough money so that he could buy a farm in Mayo, where he came from. Unfortunately, just before he came to England, war had broken out. One of the first jobs he got was helping to build a new runway at an air force base. He was living in a boarding house in Nottingham with some of his friends.

Because of the war, all men were called upon to sign up for the army, navy or air force. After a while a letter came for my grandad asking him to report for a medical check-up. This was to see if he was fit enough to go and fight for his country. Grandad didn’t think that England was his country so he ignored the letter. He didn’t really know what the war was about. He was frightened, so he ran away. Eventually he was caught and sent to prison. All because he didn’t turn up for his medical check.’

‘I don’t believe that!” said Ruth, “You don’t get sent to prison for not turning up at the doctors!”

Why oh why had I read out Grandad’s story, never realising it would cause trouble?

At the age of sixteen, I had a part time job at Westcotes Library in Leicester. I noticed the many middle aged men who borrowed books about the Second World War, mostly about the battle of Monte Cassino. There must have been many local men involved in that battle. I started to ask my parents about their experiences of the war. My mother told me about her arrival in London in 1942. When she asked a policeman for directions, he actually spat at her when he heard her Irish accent. Ireland was a neutral country although many Irish fought for the allies. My father was reluctant to talk about those days but once, in an unguarded moment, he revealed a little of his wartime life. He and I walked past a Salvation Army Band that was playing carols and rattling tins near our house. I asked for a few coppers to put into the tin. Normally a generous man, my father refused to give us any money. “They never helped me in my hour of need,” he declared. “When was that?” we asked, amazed that my father might have ever needed help from a charity. “After I left Lincoln Jail.” That was all. He said no more about it. Then, at the age of fifty six, a stroke stole his speech. Those words, ‘After I left Lincoln Jail’, stayed in a high cupboard inside my brain for over twenty years. Just before a commemoration of the fiftieth anniversary of the end of the war, I visited Lincoln Prison to look through the archives. Then I started to write.

After Truth, Lies and Homework was published, I received a letter from a ninety-six year old man who had known my father and grandfather. He told me about other men from Cloonahulty, friends of my father’s, who had spent the war in Wormwood Scrubs Prison. They hadn’t known what to do; their own fathers had fought against the British less than twenty years before the start of the Second World War. My father never felt that he belonged to England, yet he cheered for Leicester City and was delighted when England won the World Cup in 1966. He taught me to be respectful of all nations but to particularly be grateful to the country that gave me an education and a start in life.

Books and into German, published by Ars Edition)